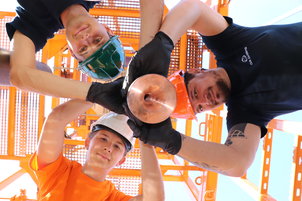 How do we replace fossil fuels? That is the big question. While intermittent renewables like solar and wind, when paired with batteries, are a popular fossil fuel alternative, the energy from the Earth's super-heated core is still largely untapped. So far, Iceland has been the only country to develop geothermal energy properly. This is quickly changing! Supported by the Slovak Investment Holding, the fund of funds managing ESIF financial instruments in Slovakia, GA Drilling with its game changing PLASMABIT® drilling technology could revolutionise the geothermal energy field in the next five years.

To achieve great success, you first need a vision, and then the ambition to make it happen. That is precisely what the four founders of GA Drilling - Igor, Dušan, Ivan, and Tomáš - had in 2008 when they first created GA Drilling in Bratislava. "Slovakia is a small country with a huge potential for geothermal energy. But to exploit it on a worldwide scale, we needed to develop a technology that would end the cost barrier for deep drilling," remembers Igor Kocis, CEO of the company.

Current conventional geothermal drilling is only cost-efficient when drilling as far as five kilometres into soft rock. With each additional kilometre in depth, and especially in harder rocks, costs increase exponentially and beyond a sustainable return on the drilling investment. This is why geothermal energy is only produced where the Earth’s heat is accessible at shallower depths such as in Iceland, parts of the USA, New Zealand, the Philippines, small parts in Italy and Azores islands (Portugal). 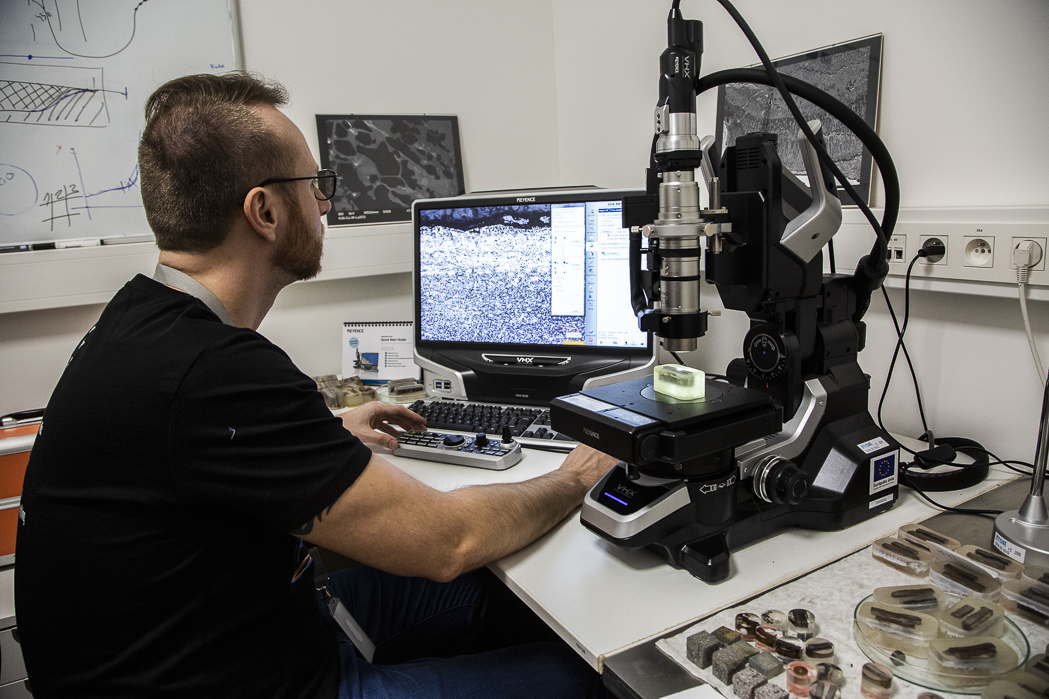 The commercialisation of the PLASMABIT® drilling technology follows five years of intensive research by Igor, Dušan, Ivan and Tomáš, inventing and testing various drilling methods while strengthening their research team. In 2010, they opened a laboratory on the premises of the Slovak Academy of Sciences and first exhibited the PLASMABIT® drilling technology, where they replaced a traditional drilling bit with the high-energy arc of electric plasma. "The plasma arc disrupts the rock at a high temperature similar to the surface of the sun. PLASMABIT® drilling technology enables cost efficient access to baseload high-temperature heat sources (300 - 400 °C) up to ten kilometres below the Earth's surface. This geothermal energy is a choice for all who need access to low cost, 24/7 renewable energy," explains the entrepreneur. 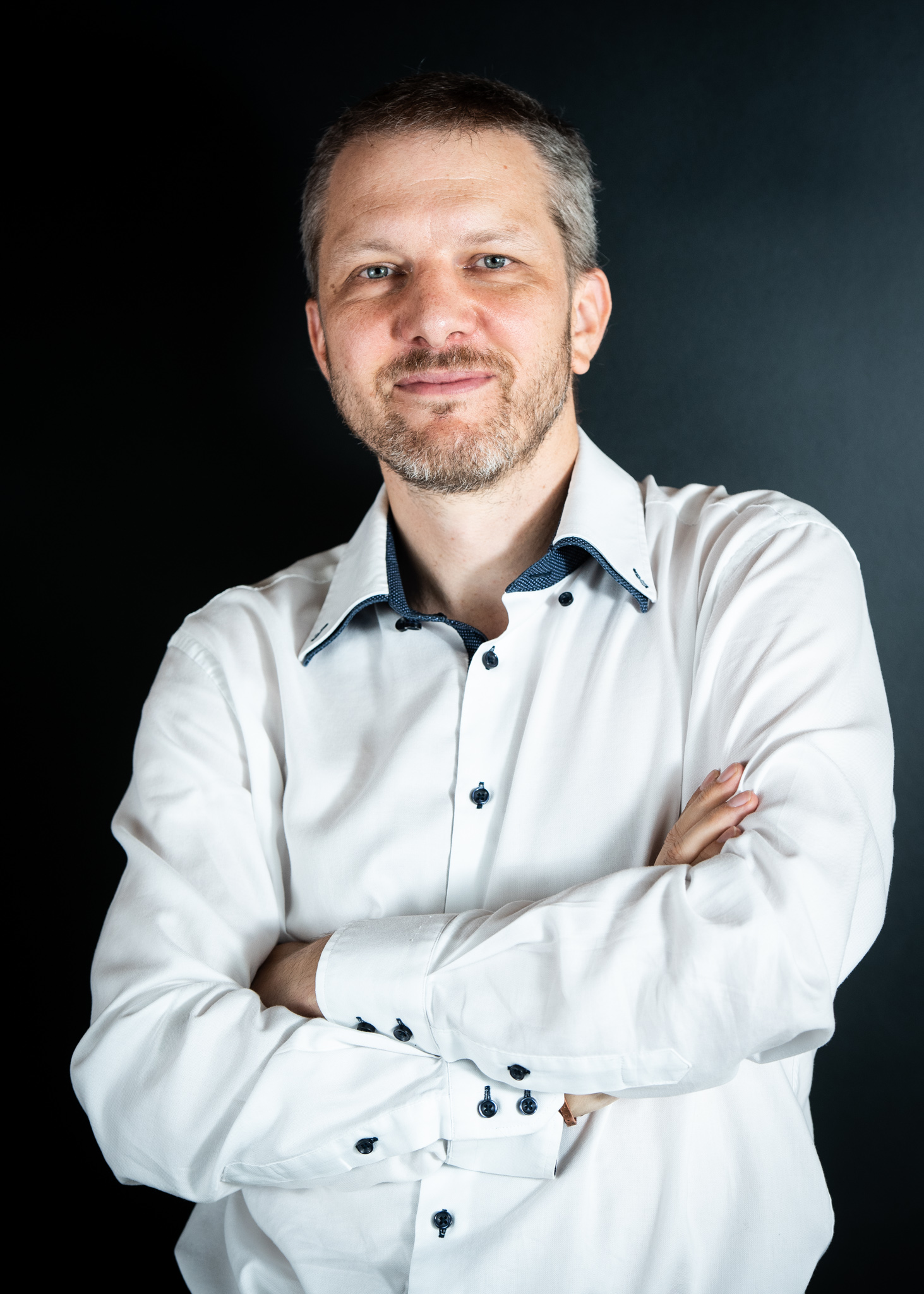 Ivan Lesay, CEO of SIH adds: "Given the lack of venture capital in Central Europe, especially in a smaller market like Slovakia, public resources can play a crucial role in filling a part of this financing gap. We are pleased to support companies like GA Drilling that have both a strong environmental profile and significant growth potential. We believe our equity finance will help the company develop its markets in Europe and overseas. Attracting well known international equity investors, who share our vision for the company's success, was another bonus from this deal."

Igor, who learned about SIH by word of mouth, remembers quite well the first time he spoke to SIH: "We were pleasantly surprised by their level of responsiveness. They wanted to hear from us as our technology is in line with the sustainable strategies of the EU as well as Slovakia's climate change agenda. In the beginning, we were worried that bureaucratic procedures might be a burden, but they proved to be as efficient as private investors."

This year, GA Drilling is in their second year of collaboration with SIH and would very much recommend them to companies working on vast markets and with long term targets. "Up to the successful trial phase, we might even talk to them again about equity financing for pilot geothermal power plants," commented Igor.

Expanding into to the huge well decommissioning market

Although GA Drilling's priority is the geothermal energy market, the company is open to using their technology in other sectors such as tunneling, raw material extraction, mining exploration, and shutting down boreholes in the oil industry, an environmentally friendly practice most commonly called well decommissioning or P&A (Plugged and Abandoned).

Oil and gas operators throughout the world are required, usually by local and national regulations, to seal post-production wells to ensure no future leakage and environmental incident. Worldwide there are estimated to be approximately 30,000 wells that need to be decommissioned in the next fifteen years, a huge potential market for GA Drilling.

"We are preparing for the first real conditions tests of our technology in the North Sea to seal post-production oil and gas wells through the tubing. This will be the environment protecting plug and abandonment of thousands of depleted oil and gas wells worldwide," says Igor, before adding: "Our technology is a solution for currently uneconomic deep wells because the drill is contactless. There is no wear and tear to the gear. The whole drilling process is quicker and smoother than conventional methods even in the hardest rocks; therefore, the technology has a significant impact in both protecting the environment from oil spills and reducing costs."