The fi-compass series of advisory seminars in Member States included an event in London on 18 February 2016.

The seminar aimed to:

The seminar in London featured case studies demonstrating the use of financial instruments in the United Kingdom; the opportunities offered by the 2014-2020 regulatory framework; the advisory products issued by fi-compass to support the design and set-up of financial instruments. In addition, stakeholders were able to participate in two hands-on oriented workshops. 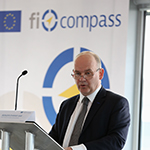 Financial instruments delivering ESI Funds were discussed at a seminar on 18 February in London, United Kingdom (UK). The seminar was part of the national seminars that have been taking place in almost all EU Member States since autumn 2015.

Approximately 100 people attended the seminar in London, including representatives from managing authorities, audit authorities, financial intermediaries and consultants from the UK and other European countries. 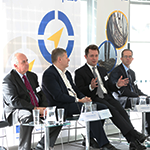 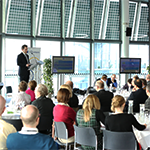 The European Commission’s Directorate-General for Regional and Urban Policy presented the key novelties and official guidance concerning ESIF financial instruments and the opportunities offered by the 2014-2020 framework. During this session, the opportunities for implementing financial instruments under the EMFF were also presented by the Directorate-General for Maritime Affairs and Fisheries. This was complemented by a presentation from the European Investment Bank about fi-compass advisory support.