The European Commission – Directorate-General for Employment, Social Affairs and Inclusion (DG EMPL) in partnership with the European Investment Bank (EIB) organised on 6 July 2020 the webinar on ‘Crowdfunding and ESF opportunities: future perspectives for managing authorities’. Key objective of the webinar was to shed light on the possibilities offered by combining crowdfunding and European Structural and Investment Funds (ESIF), with emphasis on the European Social Fund (ESF). Over 150 participants from managing authorities, financial intermediaries, EU institutions and stakeholders from crowdfunding platforms joined the webinar. 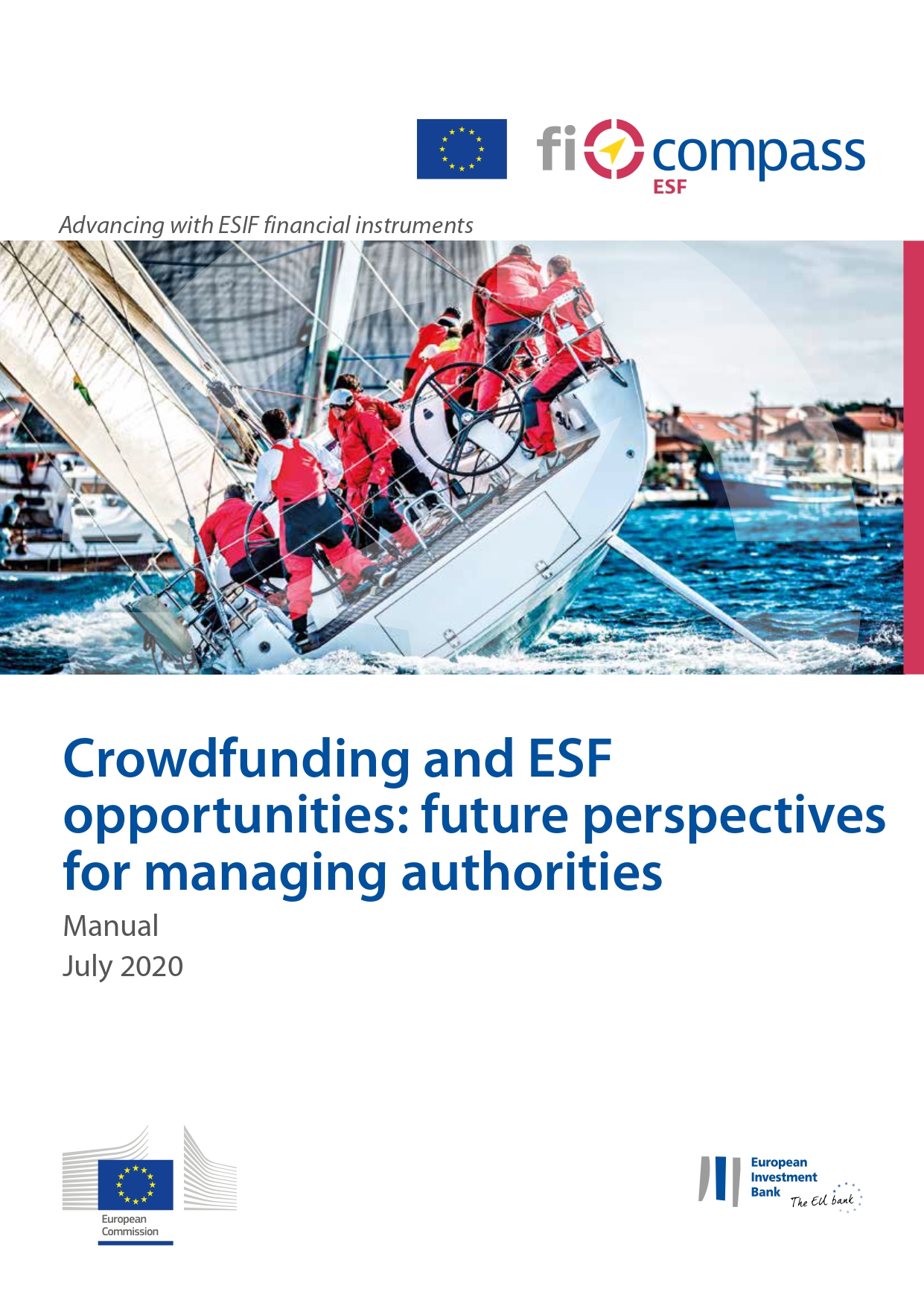 Мoderated by Bruno Robino, from EIB, the webinar was opened by Loris di Pietrantonio, from DG EMPL, highlighting the importance of creating synergies between sources of funding, such as crowdfunding and ESF, and potentially with ESF+ for the 2021-2027 programming period. ESF+ will allow further flexibilities to combine grants with financial instruments.

Partnerships and bottom-up approach through citizens’ engagement are key elements characterising crowdfunding activities.  These elements are described in the recently published fi-compass manual ‘Crowdfunding and ESF opportunities: future perspectives for managing authorities’, which, as indicated by Frank Lee from the EIB, aims at encouraging managing authorities (MAs), National Promotional Banks and Institutions (NPBIs) and other stakeholders to use ESIF financial instruments in combination with crowdfunding platforms over the next programming period.

What is crowdfunding? It is the practice of funding a project or a venture by raising several small amounts of money from a large number of people, typically via the Internet. Francesca Passeri, from European Crowdfunding Network, presented how Europe’s crowdfunding market has steadily increased over the years, although there are discrepancies among Member States. Crowdfunding regulation is rather fragmented across Member States, affecting equity and lending crowdfunding operations. To respond to this gap, the European Commission has put forward a proposal including a common and harmonised set of rules on crowdfunding operations across Europe, named the European Crowdfunding Service Provider Regulation (ECSP), expected to come into force end of 2020. The regulation will add a single set of rules applied throughout the EU, to be supervised by each Member State, and it will further protect investors and allow crowdfunding to operate cross borders.

These success stories highlighted how ESF financial instruments could play an important role to enhance impact through crowdfunding and how these two financial products are compatible and complementary.

Andrea Leruste, from DG EMPL, closed the webinar defining crowdfunding as an innovative practice in the context of ESIF. As such, the cases presented at the webinar could be regarded as a source of inspiration for MAs and NPBIs. It could be a win-win situation both for MAs and crowdfunding platforms: for the MAs it means increased leverage and additional resources from the private sector and, most importantly, better serving the final recipients; for the crowdfunding platform it could bring additional liquidity.

file not yet available