Other expert speakers provided insights into financing for the EU rural economy. 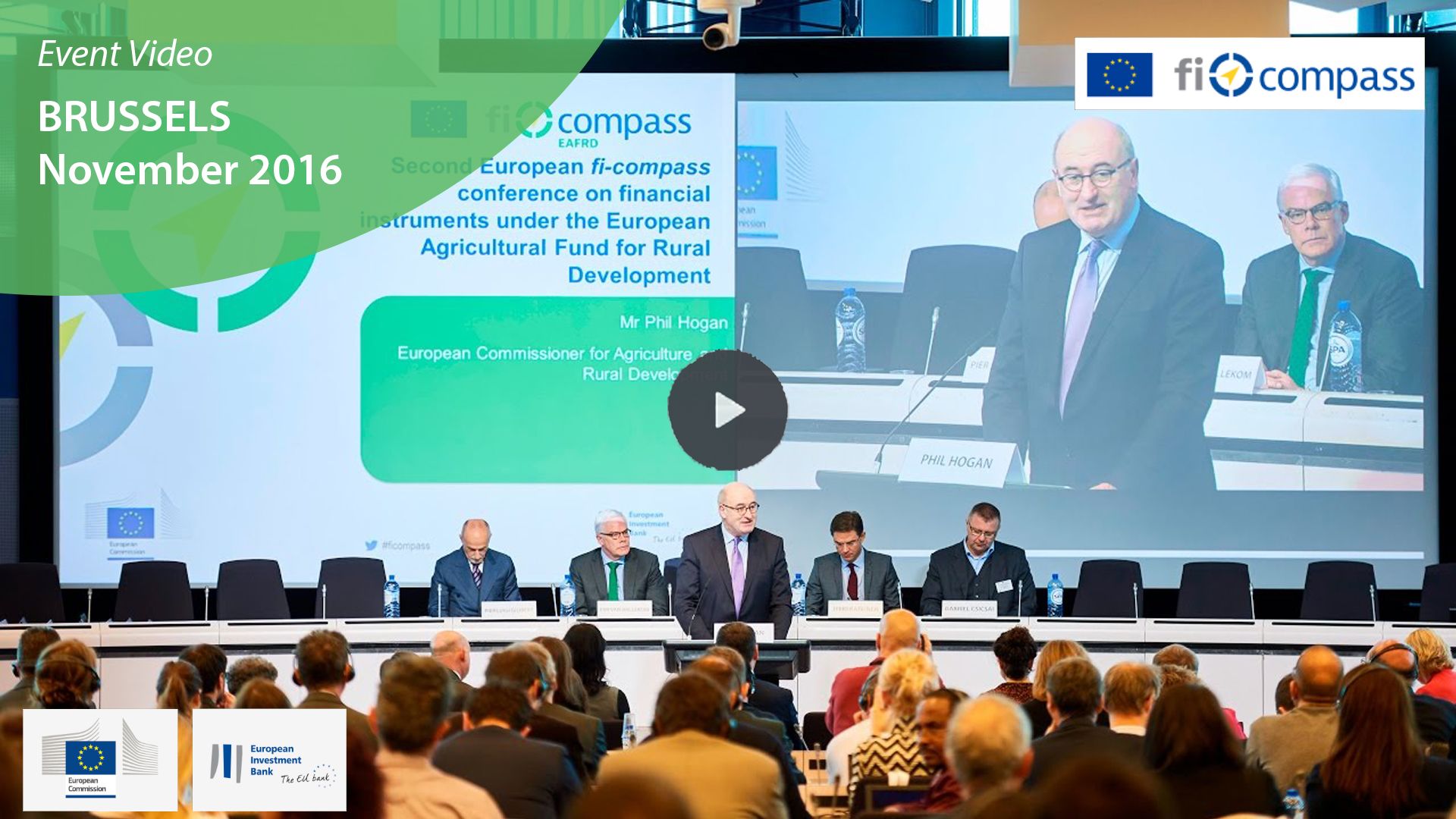 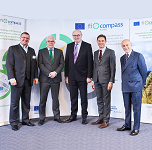 The 'Second EU fi-compass conference on financial instruments for agriculture and rural development in 2014-2020' took place on 25 November 2016. Organised by the European Commission’s Directorate General for Agriculture and Rural Development (DG AGRI) this flagship fi-compass conference launched a useful range of new information about financial instruments for the European Agricultural Fund for Rural Development (EAFRD). The conference was very well attended by EAFRD managing authorities, national and regional authorities, financial intermediaries, as well as farm- and agriculture-related associations from all across the EU.

Phil Hogan, European Commissioner for Agriculture and Rural Development, opened the conference. He highlighted the capacity of financial instruments to help farmers and agri-businesses innovate, grow, export and create jobs, which are pillars of the Investment Plan for Europe. 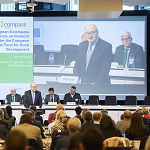 Picture: A panel of distinguished keynote speakers opened the conference

The Commissioner announced a significant new EU financing initiative for Europe's rural economy which combines funding for rural development with the European Fund for Strategic Investments (EFSI) funding. Jyrki Katainen, Vice-President of the European Commission for Growth, Jobs, Investment and Competitiveness, confirmed the innovative features of this new rural development financing tool and its capacity to significantly address market failures in the agri-food and agri-business sectors. He also underlined the effective collaboration between the European Commission and the European Investment Bank (EIB) Group within this initiative.

The benefits anticipated from the proposed new investment platform were underlined by Pim van Ballekom, Vice-President of the EIB, and by Pier Luigi Gilibert, Chief Executive of the European Investment Fund. 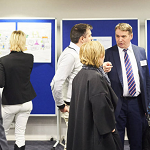 In addition, Marko Gorban, Deputy Secretary General for Agricultural and Rural Life Policies at the Ministry of Agriculture in Estonia gave details on the context of their ex-ante assessment and how financial instruments can help to diversify the rural economy. Further elements from this presentation are included in the recent fi-compass case study Loans for Rural Development 2014-2020, Estonia.

Interesting discussions followed contributions from a broad range of other conference speakers, who presented views and opinions on the farming sector, as well as cases (including under the COSME Programme) and support from other institutions and bodies. In addition, a new fi-compass animated video on the use of financial instruments under the EAFRD was shown in Brussels for the first time.

The conference built on the success of the first annual conference in Dublin as well as further events dedicated to financial instruments under the EAFRD in Vienna, Riga, Madrid, Rome and Warsaw.

A full recording of all the conference sessions (in the 23 EU official languages) is available here. These showcase success stories of financial instruments in action during this flagship fi-compass conference. They also include the keynote speeches that confirmed simplified systems for using EAFRD financial instruments and that launched the new EFSI investment opportunity for rural Europe.